Can code-mixing be a form of language that can be appreciated?

When foreigners come to Hong Kong and hear us talk in our mother tongue language Cantonese in a style that is mixed with English (known as “code-mixing“), it often gives people the impression that we are international ... (Date: 19/7/20)

Has Hong Kong Cantonese evolved to a new stage?

Code-mixing, an academic term that refers to the insertion of foreign words into one's mother-tongue conversation, has always had a bad rap in the eyes of educators. Yet, it is an emerging trend... (Date: 29/4/20)

Why is Hong Kong English not considered as a proper form of English?

Should code-mixing be seen a sign of language deficiency or rather… a skill?

As English as a Second Language (ESL) learners, whenever we speak in English and inadvertently switch to speaking in our mother-tongue language, people tend to get the impression that it is as a result of us... (Date: 7/11/19)

What is the most effective way of learning English as an ESL learner?

As English as a Second language (ESL) learners, we tend to hear a lot from people around us that we should read a lot of English books when we are... (Date: 26/5/19)

Why does English language sound like an upper class language for ESL learners?

When it comes to learning the English language, it seems as though it is not only the difficulty of it that creates... (Date: 28/3/19)

Why do we need to pay so much attention to the sounds in English as ESL learners?

When learning English, it seems as though much emphasis is placed on the spoken form of the language, unlike learning Chinese, where a lot of emphasis is... (Date: 15/3/19)

Why should we 'immerse' ourselves in learning English as ESL learners?

The concept of 'immersion' may seem strange and foreign to those grew up under the Asian education system, as the traditional way of... (Date: 1/3/19)

Why do we need to put on our thinking caps as ESL learners?

For many of us ESL learners, it seems as though all kinds of English grammar rules and vocabulary need to be... (Date: 22/2/19)

Why is English pronunciation important for ESL learners?

For ESL learners, there seems to be many words that are very difficult to pronounce, and even when... (Date: 14/2/19)

Why do we easily get affected by our mother-tongue language as ESL learners?

The short answer to this question is that if we are learning a language spoken by a different ethnic group, it is almost as if... (Date: 31/1/19)

Why is it important to practice spelling English words correctly for ESL learners?

With so much technology that can do word corrections automatically for us when we type, will we ever need to learn... (Date: 19/1/19)

Why is it so difficult to adapt to speaking English as an ESL learner?

From the most basic standpoint, if we are not in an environment where everyone speaks English, it can just be very difficult for us to... (Date: 11/1/19)

Why is English writing so difficult for ESL learners?

For most of us who come from a local background or studied under the Hong Kong education system, we have probably always wanted to avoid taking subjects where you have to... (Date: 26/12/18)

Why is it so difficult to master English grammar for ESL learners?

To people who are native English speakers, it seems as though they were born with the correct... (Date: 20/12/18)

Why is it so difficult to nurture yourself to have a habit in reading English books as an ESL learner?

This may sound like a very simple question to native English speakers, but for ESL learners who never had the... (Date: 11/12/18) 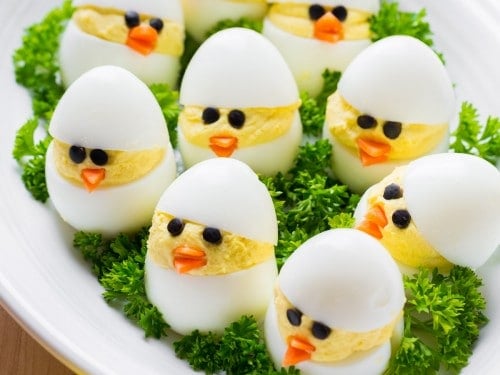 Why is it so difficult to gain confidence in speaking English as an ESL learner?

For most ESL (English as a Second Language) learners, the first barrier to learning the language, above all else, is probably the difficulty in... (Date: 9/12/18)

Attending a different primary school on the other side of the planet at such a young age was without a doubt an adventure. Every morning, our teacher ordered us to sit in a circle and asked us one by one questions such as “How has your weekend been?” and “What did you do this weekend?”. When it was my turn to speak, I always felt rather intimidated and said “Pass”.

For most of you reading this article right now, you would probably think that the feeling of being intimidated that crept over me sprung from the fact that I did not know how to speak English. However, the fact is that I was born into a culture where people do not even ask these questions much! Therefore, I felt rather intimidated because I was never used to expressing myself in that way. In fact, it may be the same way that the local Hong Kong people nowadays are intimidated when they are asked to speak in English, due to the cultural difference.

Recently, a similar incident happened when my Canadian Cantonese friend came to Hong Kong for work after finishing university in Canada. When he started working in his company, he asked his colleagues “你今個週末做左咩?” (English: What did you do this weekend?), his colleagues rolled their eyes and did not know how to answer, due to the question being too personal in the Cantonese culture. As native Cantonese speakers, we are more used to saying phrases such as “你食左飯未?” and “近排點呀?”, meaning “How are you?” and “How have you been?”

But of course, we can still try incorporating the Western classroom activity of sitting in a circle into the Hong Kong classroom and ask the students questions such as “你食左飯未?”, “近排點呀?” every morning. What would that look like? For the Cantonese people reading this right now, my guess is that you are probably laughing because it would just be very awkward. How can you turn an Asian classroom that has always trained their students to keep silent and work like military, into a classroom full of chatter and relaxation? That would be complete chaos. Perhaps, this is still a good idea because it allows students to express themselves more and trains them to speak in front of an audience, but is it really something that is practicable in the Hong Kong culture?

To find out whether this would work in the Hong Kong education system, I would like to share with you another experience studying in a primary school in Canada, but this time, I would like to try incorporating Asian elements into the Western classroom to see whether it works the other way around. In theory, if it works one way, then it should also work the other way around. So the story goes on with me studying in a Western classroom at the age of 7. As I was a student who was accustomed to following rules in a Hong Kong classroom, I always asked the teacher during classwork time in a lesson, “May I go to the washroom?” whenever I needed to, and the teacher would reply “Yes, you may.” After several times of not realizing that the teacher was frowning at me whenever I asked the same question, the teacher finally said to me, “You do not have to ask.”

For the Cantonese audience reading this article right now, my guess is that you are also probably frowning right now, just like the Canadian teacher, but surprised at the fact that this question seemed awkward and unnecessary in the Western classroom setting. After all, asking such a question as “May I go to the washroom?” is just out of respect for our seniors. So why didn’t my Canadian teacher just smile and appreciate it instead of frowning every time? This again shows that something good in one culture isn’t necessarily practicable in another culture. Moreover, even though this experience also does not illustrate any of ‘what’ the Western education system has to offer compared to the Hong Kong education system in terms of curriculum content, it does illustrate ‘how’ a person is educated by a teacher who creates the learning environment, which is what makes all the difference. In essence, the habits that we develop on a daily basis plays a very important role in our education and ultimately shapes us into the kind of person we become in the future.

So what exactly is the world looking for nowadays? Employees who are better at expressing themselves or ones that have discipline and will always ask the seniors before they take any actions? We certainly want to nurture people to become the best of both worlds, but does it mean we should incorporate elements from the Western education system into our own Hong Kong education system? For one thing, due to certain cultural habits that are firmly embedded within a language, it will be very difficult to implement such elements from one education system into another of a different culture. However, it is not impossible to do such a thing, but we will risk losing our own identity trying to make vast changes in the Hong Kong education system. What we need to do right now may be to make up for what is lackluster in the Hong Kong education system, such as raising an awareness in Chinese parents that letting their children take humanities subjects will help them become more expressive, well-rounded and socially attractive workforce in the future.

How can we innovate in the education sector?

Should character education be introduced into the university curriculum?

Top of Page Bottom of Page

The articles that I have written here are not only to help those who are concerned with language learning and education, but also to inspire others to write in their spare time. In the technological world that we are living in today, it is rather easy for us to indulge in hobbies like gaming. But if we can take some time out to share with others our views and experiences of the world around us, how much better would the world be? No matter who you are, I hope you can be inspired by my writing so we can work together in any sort of way to make the world a better place.