Why do we easily get affected by our mother-tongue language as ESL learners?

Why do we easily get affected by our mother-tongue language as ESL (English as a Second Language) learners? The short answer to this question is that if we are learning a language spoken by a different ethnic group, it is almost as if we are trying to speak a language of a different species if we were in the animal kingdom. ie. If I were a cat species, how can I get myself to talk like a pig species? However, whenever we come across people like ABC's (American Born Chinese) who are able to speak English like a native speaker, we can feel like we are not competent enough, as if our own species can even be better than us. So the question is, is it actually a normal phenomenon when our English expressions are being affected by our mother-tongue language?

Throughout history, we have seen how countries have tried to preserve their own local culture by preventing the invasion of foreign values and culture. So if culture and language cannot be separated, what happens when English words try to enter the brain? Well, the brain reacts the same way a country does when it senses a security problem, then drives away all that is associated with foreign culture in it. In other words, if an English word were a foreign person entering the brain to find a place to settle down, the brain would yell out something like "Here comes an intruder!" or "Let's put him in custody for 3 days!" Then maybe the person (English word) will be executed afterwards. 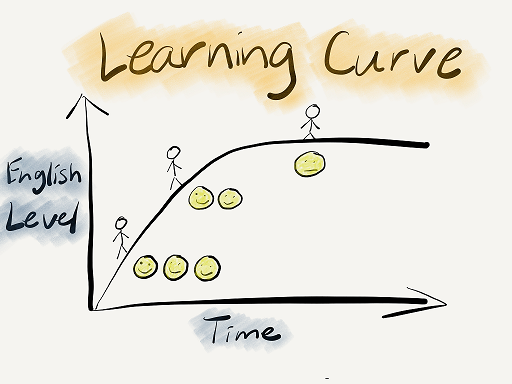 So from the perspective of culture, the brain may already have a defense mechanism that guards against foreign cultures by making sure that its local culture stays well-intact and remains predominant. So how can we speak English like a foreign person if we do not even have the culture and lifestyles of a foreign person? This is why experts say that the best way to learn a language is through immersing yourself in a real life language environment. Yet, most of us still hit a brick wall in our language learning process because we are so used to the lifestyles and culture from our mother tongue language. We may still continue to improve ourselves in vocabulary knowledge of a foreign language, but never be able to reach the fluency of a foreign language's native speaker.

So how should we feel about ourselves whenever we leave a hint of our mother tongue language when we speak English? For one thing, our brain has a natural response to different cultures other than our own, and even if we try hard to memorise words, our utterances are nonetheless indicative of where we come from. Even though we still tend to admire native English speakers very much, we should never forget that we also have our own heritage to be proud of and to be admired by foreigners. We may try to sound like native English speakers through various methods such as learning IPA (International Phonetic Alphabet), but have we completely forgotten what colour we are on the inside? :)