Why should we immerse ourselves in learning English as ESL learners? 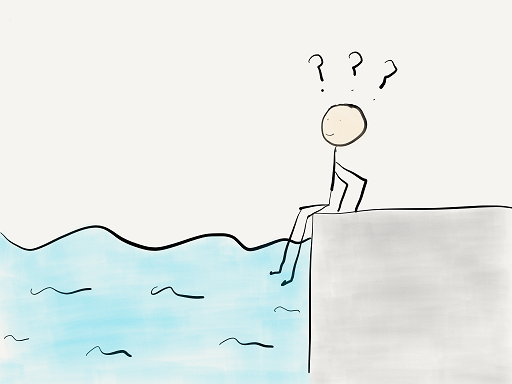 Why should we 'immerse' ourselves in learning English as ESL (English as a Second Language) learners? The concept of 'immersion' may seem strange and foreign to those grew up under the Asian education system, as the traditional way of learning has always been through a cognitive and written approach, like the way we learn Mathematics or Science by memorising facts and figures from textbooks and practicing what we know by doing written exercises. In addition, Chinese itself is quite a cognitive type of language, as all of us spend a lot of time every week practice writing out every new Chinese character that we learn in class in our exercise books, as if knowing the written form of a character is a very important in helping us understand and remember the character, which it is indeed. So the question is, since most of us Chinese ESL learners are so used to the cognitive and written approach of learning, shouldn't this also be the most suitable method for us in learning English?

When it comes to learning a foreign language, experts say that the best way is through immersion, which means that you will most likely have to place yourself in a foreign country where everyone speaks the language. However, even when we are just practicing speaking English in class, most of us are still very afraid, as if immersion to us is like diving into a pool of water. In addition, immersing ourselves to speak English like a native English speaker may mean that we have to lose our own cultural identity, in order to truly speak and sound like one. After all, as ESL learners, shouldn't our native language be the primary language that we speak? Also, why should we bother so much about sounding like a native speaker, especially when it means being just like a foreign person?

So as a former ESL learner who has now reached a native level in English, what do I have to say about 'diving into the pool of water' when it comes to learning a foreign language? After having seen other ESL learners who have had the same opportunities as me in immersing themselves in an English-speaking environment, it seems as though it is not easy for an ESL learner to bother climbing out of the pool once they have immersed themselves into it. While I was studying Translation at a university in Hong Kong, my classmates used to have commented that I sounded like an ABC when I spoke English, even though I still spoke Cantonese with them daily. But what about those who don't speak their native language anymore? Not only would they sound like outsiders, but also what would their parents think of them? This may be the one danger that a person needs to be aware of when immersing himself to learn a foreign language.

In linguistics, there is even a theory or hypothesis called Sapir-Whorf, which is that the language that a person speaks determines the way they perceive reality, or the language that one speaks determine the way they think, feel, and act, which means your whole brain could be 'rewired' as a result of learning a foreign language. At the greatest extent, a person may even lose touch with the habits, cultural traditions, and world views of their own native language, which could mean that they have become an entirely 'different' person. Nonetheless, immersion is the most effective way in learning a foreign language because it trains all four areas of our language capacities - listening, speaking, writing, and reading. But perhaps there is still a way to stay conscious of who we are as a cultural being, which is by keeping our heads out of the water by learning how to swim during the immersion process.